Raise your hand if you love weeds.

We didn’t think so.

A good weed is a dead weed. An even better weed is one that never shows up in the first place.

That’s why we asked landscape designer Kim Rubert how she tackles these pesky garden invaders.

Your grandmother may have shared this way to prevent weeds, but it’s not a long-term solution. 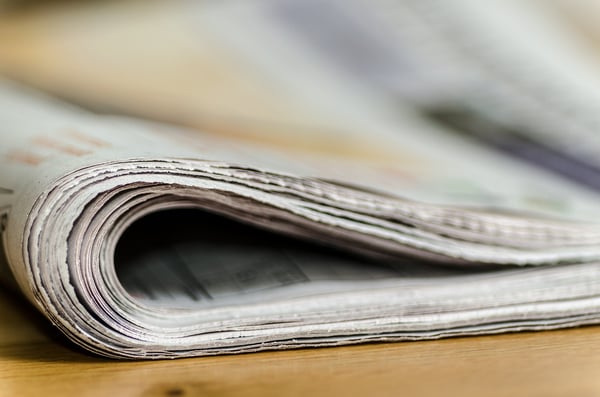 Spreading a layer of newspaper will starve the soil of sunlight temporarily, but the newsprint will completely biodegrade within a year.

This could be a pain, too, when it’s time to replace bark or rock, because the decomposing paper will be in the way.

Salt, Vinegar or Other Kitchen Remedies

Vinegar might kill your weeds, but it can kill surrounding good plants, too.

It also won’t kill the weed down to the root, so you’ll have to reapply it often.

And it will take a lot of vinegar to do the job, which can actually change your soil pH. That means you’ll starve any flowers or plants of nutrients they need, such as nitrogen, potassium, and phosphate.

Pro tip: Save the vinegar for your salad dressing.

But when you yank a weed by hand, it often breaks off, leaving the root behind. That means it will quickly re-sprout.

Many weeds also have very long root systems, making it difficult to remove the entire root.

Pro Tip: A non-selective weed killer with the active ingredient Glyphosate, will kill any part of the weed left behind after pulling them out by hand.

If your flower bed is completely overrun with weeds, consider using a non-selective weed killer with the active ingredient Glyphosate, Rubert says.

But this isn’t your best option if there are a lot of existing perennials or shrubs. The weed killer will kill them, too.

A pre-emergent weed preventer, such as Preen, or Snapshot is a great way to prevent weeds when seeds haven’t yet germinated, Rubert says.

It zeros in only on ungerminated seeds, so it won’t hurt any plant material that‘s already growing.

Pro tip: Keep your Preen handy when you put down fabric weed barrier (see below) to control any ungerminated seeds that may be lurking there.

This is the best way to prevent weeds in flower beds, Rubert says.

The weed barrier fabric starves the soil of sunlight and will stop weeds from growing underneath it and keep seeds from germinating in the soil.

Seeds may blow in on top of the fabric and germinate in the mulch on top of it, Rubert says, but these stray weeds are much easier to pluck out by hand because they’re just sitting on top — their roots have no soil base. 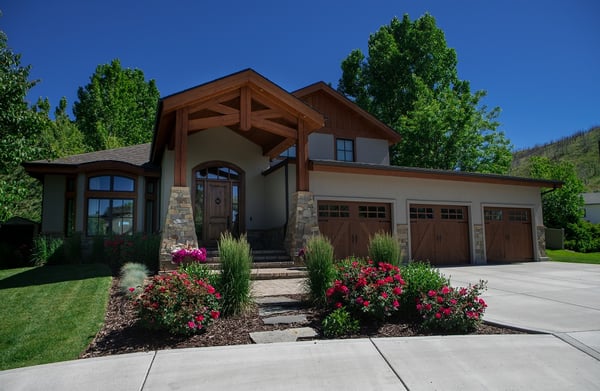 The fabric goes down right on top of your topsoil.

But don’t use weed barrier fabric if you’ll be planting bulbs, Rubert says. They won’t come up through it.

And don’t use it where you’re planting annuals.

“You’ll be digging up annual beds a lot,” she says. “You might have to weed a little bit, but annual beds will get thick pretty fast, so weeds aren’t much of an issue.”

Overlap the edges 4-5 inches to discourage weeds from growing in between.

Cut an X where each plant will tuck through.

“Staple” the fabric every few feet with big landscape staples you push in with your fingers.

And don’t use the five or 10-year fabric. Use this cheaper stuff, and you’ll have to do this whole progress again before you know it.

Got a few minutes? That’s all you need to get started.

Then kick back and relax in your healthy, thriving yard.

Is your lawn ready for a new best friend?